Pennsylvania State Representative Brians Sims took to Facebook Live to rail against Pennsylvania Republican House leaders for allegedly concealing the fact that a Republican member of the House State Government Committee had contracted COVID-19, and potentially exposed Democratic lawmakers to it by not wearing a mask.

Sims, a member of the State Government Committee, specifically called for the resignation of, and the possible prosecution of, the member who allegedly tested positive, whom he identified as Rep. Russ Diamond (R-Annville), as well as Speaker Mike Turzai (R-Marshall Township) and other Republican leaders, for allegedly conspiring to conceal the fact that GOP lawmakers had tested positive for COVID-19.

Sims claims that Turzai and Republican House leaders failed to inform Democratic House members about their potential risk of exposure until Wednesday, even though Republican colleagues were aware that a member had tested positive and took steps to quarantine themselves so as not to infect their own families, without extending the same courtesy to Democrats.

Spokespeople for Diamond and Turzai were not immediately available for comment.

In his Facebook Live broadcast, Sims eviscerated Republicans for their response to the news of a positive test, and for their hypocrisy in pushing to reopen government and public spaces while knowing at least one, if not several, of their members were infected with COVID-19.

See also: Brian Sims has dedicated his life to achieving equality — and he won’t stop until that happens

“Meanwhile, what we’re learning is that during that time period, they were testing positive. They were notifying one another, and they were not notifying us,” added Sims. “I just spent the better part of the last 11 weeks sitting across the room from people who would eventually test positive and decided not to tell us. They did do some kind of quarantine, they did do some kind of contact tracing — they, I guess, being Republican leadership.”

Sims, who noted that he is immunocompromised after having donated a kidney to a neighbor who was suffering from renal failure, called for any GOP members who had tested positive for COVID-19 to immediately disclose their status and inform other House members of the dates of any positive test. He also called for the House to direct Capitol medical staff to refer all lawmakers and staff for COVID-19 testing. 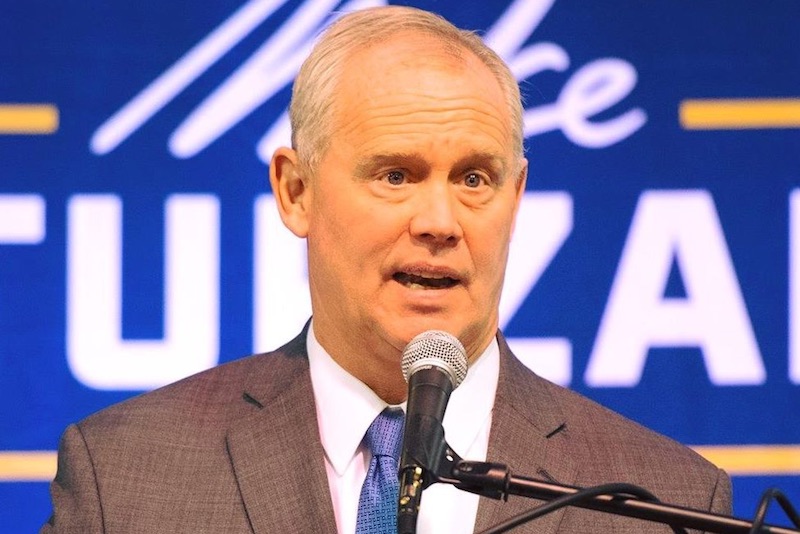 The Associated Press has since reported that it was Rep. Andrew Lewis (R-Lower Paxton Township), another member of the State Government Committee, who tested positive for COVID-19 two weeks ago.

Lewis told the AP he kept his positive test a secret out of concern for his family and others who may have been exposed, noting that he had a fever and a brief cough, but has since recovered.

Diamond, who sits in front of Lewis in the House chamber, told the AP that he was notified of his potential exposure on May 21 and took action to isolate himself, although he said he has not experienced any symptoms. Two other Republican House members who were exposed to Lewis have also been self-quarantining.

Diamond, one of the most vocal skeptics of the commonwealth’s response to the pandemic, has previously called for the immediate reopening of the economy and the ouster of State Health Secretary Dr. Rachel Levine for her cautious approach to lifting restrictions on social gatherings, has previously bragged of his refusal to wear a mask in public wherever possible, accusing proponents of mask-wearing of engaging in “virtue signaling.”

He told the Lebanon Daily News earlier this month that he believes masks are ineffective at protecting people from COVID-19 infection and that people taking care to socially keep distance between themselves and others is sufficient.

“I’m not sick, I’m not out there spreading COVID to anybody,” Diamond said. “I don’t need to wear a mask, and I think the collective effort to wear a mask in Pennsylvania is mistaken and it’s been … implemented in horrible fashion.” 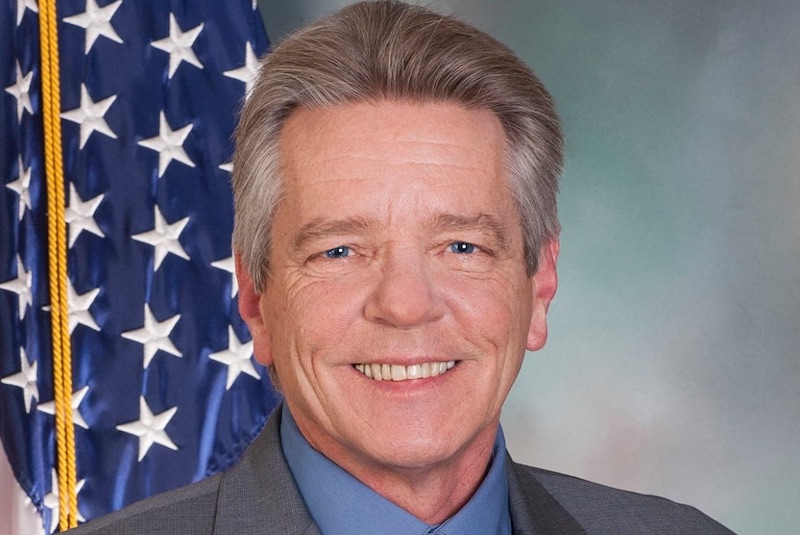 The Republican-led House has been convening for session for three days for each of the past three weeks. The State Government Committee has held several meetings over past month — most recently as Tuesday — with members considering legislation to reopen the economy by flouting Gov. Tom Wolf’s stay-at-home order.

Even though Wolf, a Democrat, has been slowly and deliberately lifting the order in counties there are fewer COVID-19 cases or where infections have tapered off, Republicans have insisted that he is moving too slowly.

Currently, 49 of Pennsylvania’s 67 counties have moved to the “yellow phase,” in which some restrictions on work and social interaction have been lifted while others remain in place, with people urged to continue wearing masks in public and avoiding large gatherings.

In addition to Sims, other Democratic members on the committee who have potentially been exposed — either from Lewis or Diamond, if he is asymptomatic — include openly gay State Rep. Malcolm Kenyatta (D-Philadelphia); Democratic Chair Kevin Boyle (D-Philadelphia); and seven other members, all from Philadelphia or its surrounding counties, which are some of the areas hit the hardest by the pandemic.

Boyle, the brother of U.S. Rep. Brendan Boyle (D-Pa.), said that Republican leaders’ failure to inform others potentially at risk of contracting the virus “should be criminal.” He tweeted that he has sent a letter to Pennsylvania Attorney General Josh Shapiro (D) to investigate whether the lack of disclosure by Turzai and House Majority Leader Bryan Cutler (R-Fulton Township) had broken any criminal or ethical laws.

I’m asking @JoshShapiroPA @PAAttorneyGen to investigate this lack of disclosure by House Republican leaders @RepTurzai & @RepBryanCutler of a #Covid_19 outbreak at the Pennsylvania Capitol. We should know if any criminal or ethical laws were broken. pic.twitter.com/G6XWFDAP0x

Democratic House Leader Frank Dermody (D-Oakmont) called it “unacceptable” that Republicans had sat on the information rather than inform their colleagues of potential exposure.

“Knowing how House members and staff work closely together at the Capitol, we should have been made aware of this much sooner. We should not have learned of it from a media report,” Dermody told PennLive.

State Rep. Leanne Krueger (D-Wallingford) blasted Republican leaders on Twitter, writing: “I thought #PAHouse couldn’t couldn’t get worse, but it has. Learned today that a Republican member tested positive for #COVID a week ago. He told R leadership & they told some R members to self-quarantine but never informed Democrats.

“Some of our colleagues sat in close proximity to this member during Committee meetings. The Republican contact tracing program ignored them.”

I thought #PAHouse couldn’t couldn’t get worse, but it has. Learned today that a Republican member tested positive for #COVID a week ago. He told R leadership & they told some R members to self-quarantine but never informed Democrats. We learned about it from a reporter today. https://t.co/uv8z4wxMFV

Some of our colleagues sat in close proximity to this member during Committee meetings. The Republican contact tracing program ignored them.

“Today, we found out *from the press* that a member of the House has tested positive for COVID-19 and other members were self-quarantining,” tweeted Rep. Jennifer O’Mara (D-Springfield). “I’m shocked and upset that the Majority Party chose not to disclose this information to us.”

In a video posted to Twitter, O’Mara said that Republican leaders’ actions put both Democrats and Republicans at risk.

“I don’t think it’s right or fair that my colleagues chose to put me at risk by not disclosing this information,” O’Mara said, noting that she’s been trying to undergo in vitro fertilization to get pregnant. “…This is not something that should happen in any workplace. This is why I’ve been fighting so hard to make sure, when we reopen, we do so carefully and smartly, because this is going to continue to happen in workplaces all across our state. We have to make sure that we have the right protocols in place to do contract tracing for anyone in any workplace, and make sure no one is put at unnecessary risk.”

Today, we found out *from the press* that a member of the House has tested positive for COVID-19 and other members were self-quarantining. I’m shocked and upset that the Majority Party chose not to disclose this information to us. I share my thoughts on this below. #PAHouse pic.twitter.com/Uf6v4fRahO

This is a developing story.

These are challenging times for news organizations. And yet it’s crucial we stay active and provide vital resources and information to both our local readers and the world. So won’t you please take a moment and consider supporting Metro Weekly with a membership? For as little as $5 a month, you can help ensure Metro Weekly magazine and MetroWeekly.com remain free, viable resources as we provide the best, most diverse, culturally-resonant LGBTQ coverage in both the D.C. region and around the world. Memberships come with exclusive perks and discounts, your own personal digital delivery of each week’s magazine (and an archive), access to our Member's Lounge when it launches this fall, and exclusive members-only items like Metro Weekly Membership Mugs and Tote Bags! Check out all our membership levels here and please join us today!

John Riley is the local news reporter for Metro Weekly. He can be reached at jriley@metroweekly.com
← Previous Story Gay playwright and HIV/AIDS activist Larry Kramer dies
Next Story → LGBTQ representation in media and ads leads to greater acceptance, according to GLAAD study