116 members of Congress call for end to transgender military ban

Letter argues that the ban is unlawful, based on Supreme Court's ruling in a recent workplace discrimination case 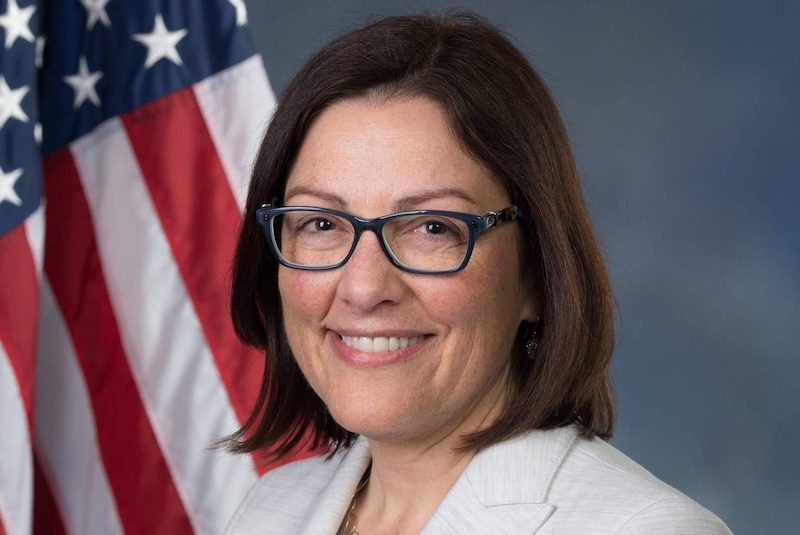 More than a hundred members of Congress have issued a letter calling on the Pentagon to end the Trump administration’s transgender military ban.

The letter comes after the U.S. Supreme Court ruled last month that the Civil Rights Act of 1964 protects LGBTQ people from workplace discrimination, and was signed by 116 lawmakers, all Democrats.

“In light of the U.S. Supreme Court ruling in Bostock v. Clayton County, in which a 6-3 majority ruled that Title VII of the Civil Rights Act of 1964 protects LGBTQ people from workplace discrimination, we urge the Department of Defense to immediately update its policies to eliminate the ban on open transgender military service,” the letter reads.

“Additionally, to prevent further harm to transgender service members, we urge the DOD to instruct the Department of Justice to negotiate the end to litigations challenging the ban.”

The Trump administration’s current policy, first inspired by off-the-cuff tweets from Trump in the summer of 2017, took effect on April 12, 2019, bars transgender individuals from serving or enlisting in the military in most cases unless they served in, and conformed to standards based on, their biological sex as assigned at birth.

Those who entered the military before April 12, 2019, are exempt from the restriction, and transgender individuals may request  waivers, which are granted on a case-by-case basis.

But LGBTQ advocates have argued that the policy amounts to a ban on transgender service, and have mounted four separate lawsuits challenging the policy.

In the congressional letter to Pentagon officials, lawmakers argue that the court’s finding that gender identity discrimination is a form of sex discrimination should be applied to Trump’s prohibition on transgender military members, and thus overturned as unconstitutional.

“The Bostock decision unambiguously clarified that Title VII’s prohibition against discrimination on the basis of sex includes protections for LGBTQ workers,” the letter reads.

“Justice Gorsuch wrote ‘[t]he statute’s message for our cases is equally simple and momentous: An individual’s homosexuality or transgender status is not relevant to employment decisions. That’s because it is impossible to discriminate against a person for being homosexual or transgender without discriminating against that individual based on sex.’

“The U.S. Supreme Court’s ruling in Bostock will provide significant weight to those already substantial claims: the principle announced — that gender-identity discrimination is discrimination ‘because of…sex’ — applies equally to claims under the Constitution. Prolonging the litigation in the face of almost certain defeat, and thereby prolonging the existing policy, will continue to inflict serious harm on transgender people seeking to serve our country and on those already serving while living in the shadows, enduring the dignitary harm of being told they’re a burden. This policy is an attack on transgender service members who are risking their lives to serve our country and it should be reversed immediately.”

“Our nation has a responsibility to ensure all our veterans have equal access to the care, benefits, and services they deserve, regardless of who they are and who they love,” U.S. Rep. Suzan DelBene (D-Wash.), who took the lead on the letter. “Despite the current anti-LGBTQ rhetoric and anti-transgender policies in our military, our veteran population is becoming more diverse every day. It is now more important than ever that we give LGBTQ veterans a voice in how they’re served and cared for at the VA.”

“It’s crucial that the Department of Defense remove this unconstitutional transgender military ban and ensure any qualified patriot is able to serve,” Jennifer Dane, the executive director of the Modern Military Association of America, said in a statement responding to the DelBene letter. “Thousands of transgender service members have already more than proven themselves with honor and distinction, and this discriminatory barrier that has nothing to do with their ability to accomplish the mission must be taken down.

The senators have previously introduced similar bills in 2017 and 2019 seeking to block the Pentagon from removing members of the Armed Forces based solely on their gender identity.

“It’s past time for the Trump administration to end its ban on transgender troops serving openly,” Mara Keisling, executive director of the National Center for Transgender Equality, said in a statement.

“The policy is hateful and discriminatory, and puts at risk our country’s national security by purging brave transgender people from the military despite their honorable service to the American people. The administration must move quickly to right this wrong and protect transgender members of the military.”

Nicolas Talbott, a transgender man seeking to join the U.S. military who is challenging the Trump administration’s ban in court, has urged Congress to pass the Gillibrand-Collins amendment and called for the Department of Defense to reverse its policy.

“I know what it’s like to be told I can’t do a job I’m qualified for just because I’m transgender,” Talbott said in a statement.

“This ruling is an important step to ensure LGBTQ people can do what we all want: to work hard, support ourselves and our families, and contribute to our communities. Especially now when so many have lost jobs and are struggling, the last thing we should be doing is erecting barriers that keep people who want to work and contribute from doing so.

“It only hurts our communities and our national security when we allow bias to keep qualified, dedicated people from doing their jobs.”

These are challenging times for news organizations. And yet it’s crucial we stay active and provide vital resources and information to both our local readers and the world. So won’t you please take a moment and consider supporting Metro Weekly with a membership? For as little as $5 a month, you can help ensure Metro Weekly magazine and MetroWeekly.com remain free, viable resources as we provide the best, most diverse, culturally-resonant LGBTQ coverage in both the D.C. region and around the world. Memberships come with exclusive perks and discounts, your own personal digital delivery of each week’s magazine (and an archive), access to our Member's Lounge when it launches this fall, and exclusive members-only items like Metro Weekly Membership Mugs and Tote Bags! Check out all our membership levels here and please join us today!

John Riley is the local news reporter for Metro Weekly. He can be reached at jriley@metroweekly.com
← Previous Story Halle Berry apologizes for considering trans role, says trans people should ‘tell their own stories’
Next Story → Transgender man pulled from Willamette River says he was robbed and assaulted by three teenagers